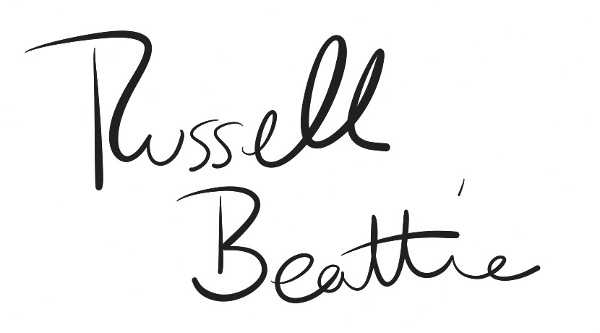 About seven years ago, I made a web-based clone of an commercial word puzzle app I liked, but with extra game tweaks I wanted to have (like hints). That little project got me hired at Amazon, actually. I just updated it, gave it a new name and website: https://clever.io.

Hi! Gosh, it's been over two years since I've written anything here! Can you believe it? I was almost not sure how the blog software worked any more. Happily my browser still remembered the password to the admin console, so that was nice.

Wow. Time is absolutely flying by! Earlier this year, I thought to myself that I should try to post at least once a month, so that months didn't slip by without a post like they did in years previous. The result is that I ended up not posting at all in 2014. Of course! I used to do this every day! Now it seems I can never get around to it. I mean, four posts ago, I wrote how I had just started working at Amazon, and now I'm going to celebrate my one-year anniversary this week. That's not good.

I've posted about remote access lots of times over the past dozen years or so, because it absolutely fascinates me. I'm talking about technologies like Microsoft's Remote Desktop, VNC, Remote X Windows or similar technologies, but using a tablet or mobile device as a client. And every time I see it in action, I think to myself that this is it, now is the time it will take off and thin clients will become common, only to be surprised that it doesn't happen.

Video of my talk at Amazon's AWS re:Invent

Check it out! That's me doing my new job! The talk is entitled "Coding Tips You Should Know Before Distributing Your HTML5 Web App on Mobile Devices" - it was chosen, and the synopsis written, before I was even hired, so I had to make a talk to fit the crazy, all-encompassing description. Hopefully future talks will be much more focused. :-) You can find the code from the talk on my Github account here: https://github.com/russellbeattie/html5demos.

How I learned to write

I recently read a blog post about someone who was having trouble figuring out how to write a 'good blog post', but really the author was stuck even getting started. Really, she wasn't having problems writing a *good* post, but with writing full-stop. It reminded of a lesson that I learned years ago while working at a small daily paper near where I grew up in New Hampshire. I'll warn you though, if what I say really resonates with you, it'll be like taking the red pill.

It's a new ballgame!

So I wanted to do a quick update as the year is flying by and things have changed drastically since my previous posts. I have a new job! But before I tell you about that, let me backtrack a bit, so this blog makes some sort of chronological sense. Last year around this time, I got laid off from Nokia (along with 10,000 of my fellow coworkers).

Almost a year ago I wrote here that I had been using OneNote (and later EverNote) to keep track of random thoughts that popped into my head while reading news, and that I was going to start posting them more regularly to my blog as shorter posts. Well, I never did. Every time I went to start posting, I'd think, "Ooh, I should expand on that a bit more" - this is how some of the longer posts I've written over the past six months or so came to be.

Last weekend, while I was putting together the list of Google Reader alternatives, I discovered more than a few projects and services that have died or entered a sort of zombie state, available but not updated for years. Dead links, home pages announcing end-of-service, or sites left just as they were years ago with unchanged blog updates last dated circa 2007. You may not realize it, but news readers are a wasteland of lost dreams.

It's been a month since Google announced it was going to shut down Reader, so I decided to gather up all the various links to 'alternatives' that I've been saving over the past few weeks, do some searches on Twitter to see if anything had popped up that I missed (a few actually), and then take a step back and try to categorize all the various services and apps into groups to try to understand what the options are out there so far.

[Update - Sorry, but this didn't happen. Check out the post here as to why.] I woke up very late on Wednesday, partly because I was working on my new news reader service - until the wee hours of the morning, then stayed up to see if I could snag Google I/O tickets (I didn't) at 7 a.m., and then I went to sleep for a few hours.

There's a game that was launched a couple years ago on iOS called Seven Little Words which I was addicted to for a few weeks back then. The author did a great job coming up with a completely new game mechanic for a word puzzle which is simple, yet very compelling: There are seven word definitions listed at the top, and a grid of squares containing 2 or 3 letters listed randomly at the bottom, which you combine to make up the answers.

From the very first moment I heard of the .io TLD a few years ago, I thought it was absolutely fantastic. The geek in me just really responded to the idea of a domain name that ended in IO - the input/output connotation seemed like a perfect fit for web services. So when NIC.io finally opened up registrations to the world, I was pretty psyched... Well, except for the fact that the yearly prices are insane - £60 ($93) for the first year, and £30 per year after that.

I have a pet peeve when it comes to computer keyboards: The Fn key. I have no idea why anyone who's ever used a computer in their life would design a keyboard with the Fn key on the bottom left next to the Control, Windows/Command, and Alt keys. We use the standard modifier keys a thousand times a day, but the function key is almost rarely - if ever - used and almost never in a standard way.

I remember playing a virtual reality game in an arcade while waiting for a movie to start when I lived in Atlanta in the mid 90s. The game - which I just looked up - was a SU 2000 virtual reality game pod created by a company called Virtuality. It was awesome! (And expensive! $5 for a three-minute game if I recall correctly.) I remember very clearly how incredible it was, in that it really gave you the sensation of being in a totally different world.

Just got this email from Amazon: Dear Publisher, We noticed your blog (listed below) has not updated for more than 60 days. Kindle customers expect to receive frequent updates for blogs and news feeds to which they subscribe. Because blogs should update at least once per month, we are cancelling blogs that have not updated in more than 60 days. Please respond to this email within 7 days and let us know if you have plans to update your blog.

A few days ago Twitter finally killed Atom support in their API. I just noticed for the first time last night, though I did know it was coming as they announced it months ago. Still, the change took me by surprise as I hadn't gotten around to updating the script I use in my custom news reader. A year or so ago I used Twitter's OAuth php library to grab my stream by pulling the Atom XML directly into my reader in a way that groups and formats it how I like.

Android tablets: It's the BROWSER

About six weeks ago, I decided I needed to really grok the Android platform, so I turned off my beloved iPad 2, wrapped it in a foam cover which I taped up, placed the bundle into a box which I also wrapped with several layers of duct tape, and put it in the back of the highest, out of reach shelf I could find (the one in the corner of the kitchen, where you need to have a ladder to get back there).

So a few months ago I finally decided to bite the bullet and switch to a Mac at home after about five years or so of using Ubuntu. There's lots of random little reasons, but the general idea is that Linux on the desktop is chaos right now and I got sick of fighting with Ubuntu every time there was an update. This, combined with the fact that my son is now old enough to start using a computer regularly and I picked him an old Mac, pushed me to moving over myself.

I've been mulling over a concept in my mind for a while, that I've finally decided to try to explain in detail. It comes from the observation that any sort of service that makes money from the numbers of users it has - TV networks, content creators, websites, etc. - will inevitably lower the quality of the content they are producing in order to reach a broader audience.

So ThinkGeek has launched a new program called IdeaFactory where you can submit an idea, and if they like it, they'll make it into a real product and give you a cut of the revenue. I've had this idea in my brain for a while for a physical product, that I know I'll never get around to actually doing anything with, so I decided to create a graphic explaining the concept and wrote up a submission. Here it is: Statiks - static cling controller stickers for tablet and smartphone games.

After the LinkedIn leak a few weeks ago, I decided to once and for all get off my ass and get my shitty passwords in order, as the one I had used at LinkedIn was also my bank's password and a bunch of other stuff, which was just stupid. But did I actually do anything? Nope. Yesterday though, Mat Honan's article in Wired about getting hacked finally did it for me.

I wonder if it's possible to write an entire blog post just by using voice recognition? I think that trying to write something while speaking doesn't seem to work very well as there's something about the process of typing out the words and being able to edit as you go which makes the writing process more clear and smooth. However it's amazing how quickly you can enter text on a tablet - as I am doing right now simply by speaking into it.

My Y! Mobile Strategy Decks from 2005

I ran across a few Yahoo! strategy decks I saved from waaay back in 2005 that are interesting (to me at least) and amusing from a historical perspective in a variety of ways. I threw them up on Google Drive combined into one long presentation which I've embedded above. You're welcome to peruse all 100+ slides if you're the type that likes long, boring, irrelevant presentations.